Dog Licking: Why Does Your Dog Keep Licking You? 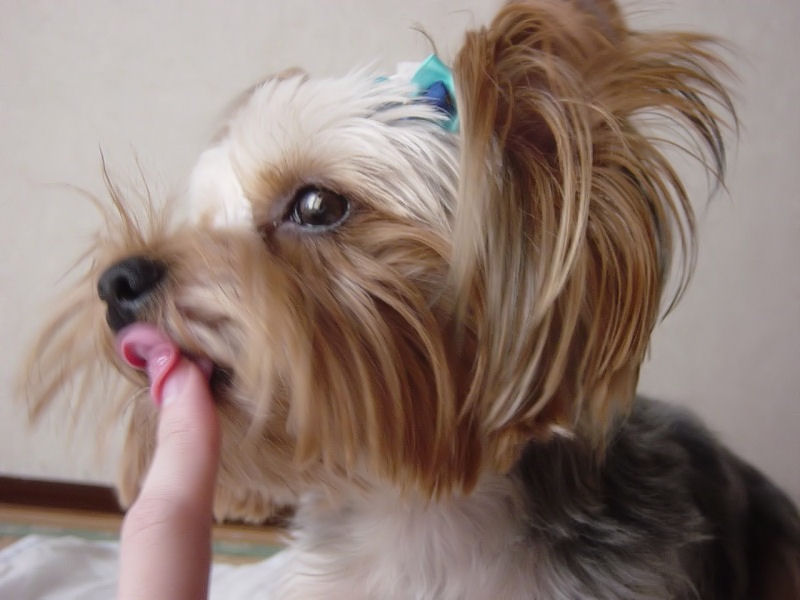 A dogs lick can be something that brings you joy as the slobber spreads all over your face and sneaking up into your nose and in your mouth. It’s is a bit weird though, so let’s see what the deal with dog licking is.

Have you noticed a huddle of puppies licking one another and mummy? That’s a natural instinct with the licking of their mother usually a precursor to feeding. When they lick one another, it’s likely the lower-ranking members are looking for an invite to join in on the feast.

Why Don’t All Dogs Lick Faces

It’s also a behavior they’ve learned given they are prominent with licking when they’re puppies it makes sense they’d continue licking as they mature unless the behavior is curbed.

How To Interpret Your Dogs Licking

Learned Behavior: We mentioned above, that puppies are born with the licking behavior continuing to varying degrees as they mature to full sized dogs. While it can’t be known for sure, it’s thought to be a way of them seeking attention when they grow up.

*turn on your dog voice*

“Look at me, hey I’m here, give me attention cause I’m cute”

Another Sense: It’s not definite, but researchers believe it is simply another form of touching (& tasting) in a slobbery form

Playing: This is usually the reason people believe. It’s definitely not the only reason, they could be hungry as well. Over time you may even manage to work out subtle differences in the licks and what they mean.

How To Train Your Dog To Stop Licking Faces

A dog licking faces is a perfectly natural behavior. The only time you should want to prevent your dog licking your face is when it becomes bothersome for you. Understanding the reason behind the licking will help you prevent the face kisses.

A dog licking your face is usually for attention seeking purposes. Therefore if you give your dog any sort of attention, positive or negative, you are actually rewarding the behavior. Therefore we need to ensure we don’t give any attention when we are trying to remove this behavior.

You can remove your attention when licking starts by saying ‘no’ and making it obvious that you aren’t giving your attention by making no eye contact and turn your body away from your dog.

This will be a slow process but if the behavior isn’t being curbed over time, you may need to make the attention removal more obvious, which may even include walking away.

Another alternative to removing the behavior is to encourage a more positive behavior such as hand shaking, rolling over, turning around and the like.

Licking isn’t necessarily a bad behavior given it’s natural. There may come a point when enough is enough though which is when you should take some action.